Fourth podcast – Pagerank calculations and how it affects SEO

Hello, everyone. This is Barak from SEO Explorer. And this is the fourth podcast. Today I’m going to speak about PageRank. What is PageRank? How does PageRank affect outgoing links, incoming links, where this came form and in today’s podcast, I’m doing something new.

Before I came to speak, I researched the PageRank keywords and I saw the variations for the keyword. And unlike the previous podcasts, in this one, I’m going to try and use the keywords in the podcast. And this will let me see if in terms of SEO, because I’m transcribing the podcast, I will get more traction or it doesn’t affect the SEO process at all.

Explaining what PageRank is

So let’s start with what is PageRank and when did PageRank came from? It started in 1999. It was a patent by Larry Page and Sergey Brin. It was their PhD work during their time at university. They thought about how would you rank science literature?

And they thought about taking this approach into web search. What does it mean? It means that let’s say I have a site. I call it my site and all the sites in the field are linking to my site. So most likely my site… So my site would probably should be first when you do keyword search on relevant keywords that my sites have.

So they patented this approach and the patent don’t belong to them. it belongs to Stanford. So when they use it in Google, they have to pay for using this patent. Now this patent expired about a year ago on September, 2019.

I wondered how come it expired so soon because as far as I know, patents are 75 years old. Only this year the patents for Mickey Mouse expired. So apparently a utility patent is for 20 years, but Google is also using an improved PageRank algorithm. And that one, the patent didn’t expire.

How is PageRank calculated?

So with web search. How do you calculate PageRank? And I’m talking about the most basic formula. And of course, when Google use it and they say they still use it, it’s a more complex formula. So you take all the sites you know on the internet.

Now, for example of the explanation, let’s say we have five sites. Each site has an initial value of one. This one can be called as link juice. And as we move forward you will understand better what is link juice. So every site is linking to other sites and we only considered the do follow out links.

We don’t care about UGC, sponsored or no follow. So let’s say site one is sending two do follows links, one to site two and one to site three. We take the link juice, which is one, we divide it by the number of outgoing links, which is two. And we know that each link is worth half a point. Now we also add something called a dampening factor.

The dampening factor is a way to degrade the link juice over time. And most algorithm use the value 0.82. So we take this half a point and we dampen it. We multiply it by 0.82, and that’s the final value. So site two gets one link and site three gets one link. So we add… So for each site, we summarize all the values of the links they’re getting. Now let’s say you have site two. Site two has three links.

So we do it for all the sites and we summarize all the link juice for all the sites. So now we get a new value and we repeat the same process with the new value. We need to do it about four times and then the value normalizes to what it should be. So basically what the algorithm says is how far are you from the sites that people trust most on the internet? So let’s take a site like CNN. CNN has so many incoming links and it has so much incoming link juice.

How does PageRank affect SEO? 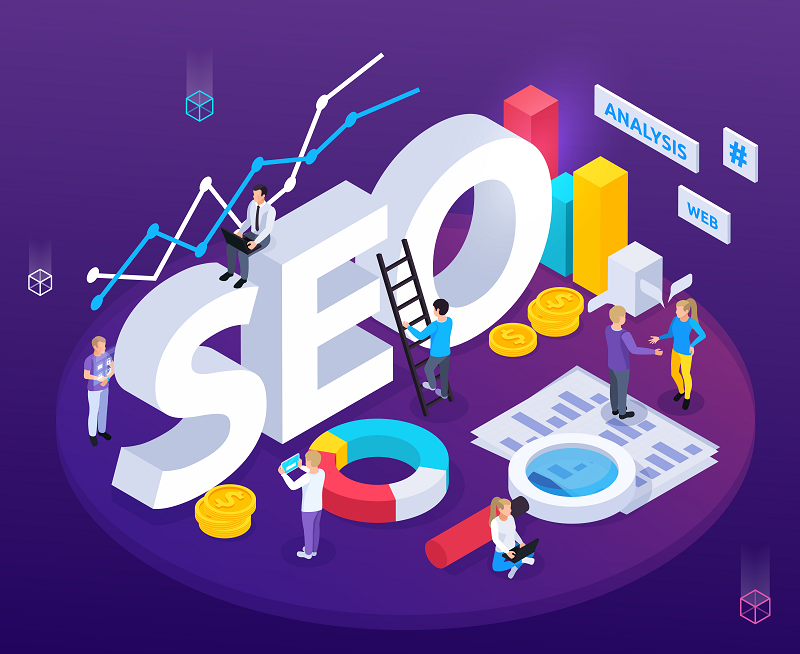 So now that we know that, how is it related to us? What can we do with that? So first you have all the external tools like my site – SEO Explorer and Ahrefs, which is the de facto standard for domain ranking these days. Let’s say somebody wants to buy a link or do a guest post. He sees the rank at Ahrefs, and then he knows what’s the value of the link or the guest post. Now, so let’s say we see two sites on the same topic that we want to use for link buying or guest posting.

My experiment with PageRank

Now I’m doing a test about it. I have a very old site. It’s 20 years old. And I found out that it has 3000 outgoing links to a site that used to be a business and somebody bought it. It’s now it’s a spam site. And those links, I put it around 15 years ago, it was some sort of documentation generator for source code. And I deleted all the links. What does it mean? It means that when I provide links from this site now this site is mine and I give links to other sites that are mine.

I’m not hiding it. It’s all my sites. It’s not a PBN or something. I would expect the value of the link, the new value to be higher because I removed 3000 outgoing links from the site. Now, obviously Google may have more input algorithm and may not treat all the 3000 links as actually 3000 links. I don’t know, this is a test. What we can also understand from this system is that you can game the system.

Can you game PageRank?

So for example, let’s say you want to sell links or guest posts, and you want to have a higher DR because a higher DR means you can take more money. So you can just point a lot of links to your sites. And over time that the hour would go. So how would you combat that? You need to see what’s the link velocity. If, for example, the site is going with links over time and suddenly it goes with a lot of links and there was no reason for that.

There was no news coverage or something special that that site did. How come… Where did those links came from? So you need to check, where did they came from and are they relevant to the site? Let’s say the site is about balloons. And the new links are coming from all over, from pet sites and from gambling sites, which are not relevant to the balloon sites. It means somebody is trying to game the system.

Now, another thing a PageRank formula might take into consideration is the topic relevancy of the links. For example, let’s take the balloon example. I would expect a balloon site to get a link from a local directory, news coverage, other shopping sites, hobby sites, maybe the balloons are used in birthday parties or baby showers, then parenting sites. But I would rarely expect them to get from gambling and from sites that are highly irrelevant to the balloons.

So what you can do is if you want to do an improved PageRank formula is add bonus for topical relevancy and reduce the link juice when there’s no topical relevancy. Also I suspect this is how Google cracks down web spam. If a lot of your links are not in the same topic of your site, somebody, the algorithm or the manual web spam team should look at it.

Now, inside our site by the way, it’s SEO Explorer, you have a way to check the classification of the incoming domains in pages. What does it mean? So if you go to the balloon sites or pet sites or any kind of site, you would see the distribution of the type of links. So if it’s a programming site, I would expect most of the links to come from technology, programming, software, business. I would not expect to see other type of links for the top five categories.

Of course, if you get a lot of domains and a lot of links, some of them would not be relevant, but they should be the minority and not the majority. So how would you check for Google page rank? There was all the tools that would tell you that, but nowadays about few years, you can’t do that. Google is not revealing this number, although they did say they still use page rank as a factoring for ranking your website. You can check other metrics from outside.

We call it domain score. You can check of course Ahrefs which like I said, it’s the standard of the industry. They call it domain ranking. You have SEMrush, we have Majestic. We have all sorts of places that have their algorithm to calculate this number. And sometimes when you check it… Sometimes when you check a certain site with all these tools, you get a different number from every site.

It’s because one they’re using a different algorithm, two, they have a different link profile. They see different links. Maybe some sites are blocking some of the tools to not call them. So this makes for the difference, I’d say you should say that the ranking is around the same number. So if you have a site that is 40 on one, 30 on another, 45 on another tool, that’s more or less the same. But if you have 30 and then one, and then two, I would ask questions about the site.

By the way, Google is saying that they have about 200 ranking factors and PageRank is only one of them. So even if you see a PageRank rank site, it doesn’t mean that the link will carry punch when you are getting a link from them. It’s a lot of signals and more than just PageRank, but it’s… So we need to remember, it’s only one metric that Google uses and we need to use it accordingly and not base all of our expectations or decision on that single number. I had fun. I hope you had too. And see you next time.