I’ve been talking to a lot of people about hosting when they spend $10,000 or $5,000 on AWS, which is Amazon cloud. Now, Amazon is one of the best hosting there is. You get what you pay for and you pay premium. You get the bandwidth, you get the speed, you get the reliability, you get the survivability if you define those stuff. It’s like the whole source for hosting. You can’t go wrong going Amazon. It’s like the famous saying, nobody’s fired for buying IBM. So no one is fired for going with Amazon. But the problem with Amazon is the price. The price is crazy high comparing to the other solutions.

Now, there are times that you do need to use Amazon when you have a crazy budget of $1 million for hosting, and probably those people are not listening to my podcast. And what I’ve been told about Amazon, I’m not hosting anything there by the way. So, you start small and you gradually grow and grow and grow and grow and you will find that your budget grows as well because they charge for the bandwidth.

If you compare it to other hosts, their hosting plan includes an allocated bandwidth. Of course, every provider has a different plan. It could be one terabyte, 10 terabyte, 100 terabytes. And then it’s how you define the terabyte, is it outgoing and incoming? Is it just outgoing? But it includes the bandwidth.

So let’s say you go to DigitalOcean and you buy the smallest VPS. That’s $5 per month. You get one terabyte of bandwidth with that. One terabyte of bandwidth with Amazon costs $30. So with a $5 VPS at DigitalOcean that you get $30 worth of bandwidth. Of course, Amazon calculates bandwidth as only outgoing bandwidth so if you download stuff, you only pay for the upload portion of the download. What do I mean? With TCP, for every outgoing packet there’s an incoming packet or vice versa for every incoming packet there’s an outgoing packet. So when you download something, the computer sends 5% of the packets as uploads. So even if you’re just downloading stuff, you will still pay for the 5% portion of that download.

DigitalOcean was just an example. If you go to places like Hetzner. Hetzner gives you 30 terabytes of download. If you go to Wholesale Internet, they provide 100 terabyte. If you go with OVH, you can be placed on a gigabit or half a gigabit router, which means that you share the router with other computers, but you really get a lot of bandwidth.

So the question becomes, do you need the guaranteed bandwidth? Because what Google says, they say, “We charge you for the bandwidth, but we guarantee the bandwidth. You will not be on a shared router, there will be no slowdowns because of another client that is using our network.”

So it’s good to check the other options. Some of the people I’ve spoke with said that Amazon is very easy to use. You don’t need a IT manager, you just click and it runs. That’s true. But there are more places that are easy to use. For example, DigitalOcean, Vultr and I’m sure there are more places that have the same usability as Amazon. I know that DigitalOcean has managed databases and they have managed instances. So it’s possible to go with a cloud provider like DigitalOcean or Vultr. Get the same service, only cheaper. The place where you can save money is going with dedicated hardware. And that’s where most of SEO explorer data is. What it means is instead of using a cloud…

What is a cloud instance? 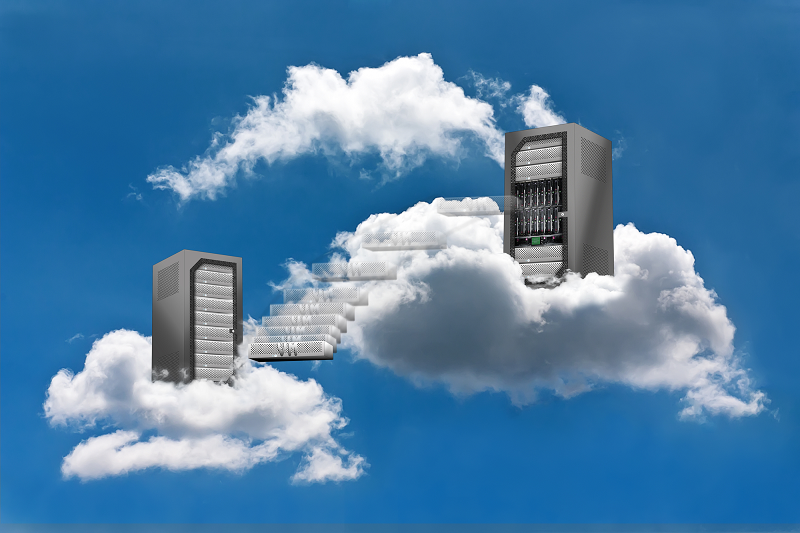 Now, what is a cloud? Exactly. A VPS on the cloud. It means that the provider took a very big computer for example, a AMD EPYC processor that has 24 or 32 calls with 256 gigabyte of memory. And he uses a virtualization software like Citrix. And on that computer, he can provide 60, 100, depends on how such or whether they want the servers to be, VPS instances. So VPS or cloud is actually held well in some place. You can save money by using the hardware directly. I’m using Hetzner for example. And I think Hetzner is one of the best hosts I ever encountered.

I remember one time there was this SSD drive that was corrupt and I contacted support and within five minutes they changed the hard drive. I was thunderstruck, it was crazy. And another time I asked for a memory upgrade and it took half an hour, I wasn’t sure why. Apparently the motherboard couldn’t handle it because of some physical ail? So they change the motherboard, and I got the same computer with the same hard drives and the extra memory. And it was very surprising for me.

So Hetzner, I think is one of the best hosts there is and they’re not paying me to say that. I’m not getting any money from them. I spent a lot of money with them. For example, the database I use, and I wrote a lot in the blog about the database, that we use a custom software that I wrote for two years and it’s hosted on a $200 machine. That includes a very strong Intel CPU, 256 gigabyte of memory, and three SSD hard drive of four terabytes each. And I’m paying for that 200€.

And if you would take something in the cloud, Amazon or not, it would cost between $1,000 and $2,000. Now, there is a drawback of using dedicated hardware, you need to have experience with IT, you need to know how to back up the computer, what to do in case there’s an error or you don’t have easy backups, don’t have revert, if the hardware fail, you are responsible for the data. But I think the trade off is really worth it and after a certain dollar amount, you can also bring an IT manager that will save you that money.

Should you use Amazon’s AWS?

I remember a few times people came to me and say, “We’re spending such and such on Amazon.” And they didn’t even think to save money and I said, “Why are you using Amazon?” And I looked at their topology and what they are doing with Amazon and it was really an overkill. They didn’t need it. So I helped them and I told them, you can use this provider or that provider that was most suitable for them. And the budget usually came down from $2,000, $3,000 to $200, $300. And for a bootstrapping startup, that’s a lot of money and it happened more than once. Now, I think Amazon realized that they are losing on this game, on the startups, not on the high end that spends millions on hosting.

So they made Amazon Lightsail and Amazon Lightsail is a competitor for DigitalOcean. They provision VPSs. The price starts at $5 and also those VPSs include bandwidth. So Amazon realized that if they want to compete in this market, they need to provide bandwidth with the program. So if you do want to use Amazon, look at Amazon Lightsail. It’s very cheap and that’s a good peak. Of course, you can’t use databases there, or at least not a built in solution like Redshift or manage my Square, Cluster MySQL, but for web hosting and other purposes, Lightsail is as good as DigitalOcean.